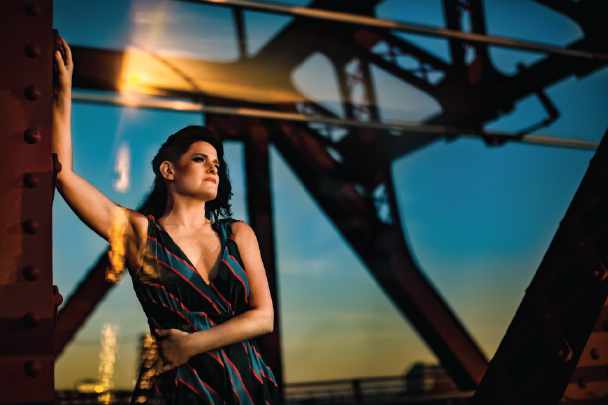 Trying to pin down Stephanie Schneiderman to any one genre, talent or discipline is next to impossible. One thing is clear - whether pursuing her prolific work as a solo artist, playing drums for all star roots pop act Swan Sovereign (Dirty Martini), producing, acting, or giving back, Schneiderman is hands down one of the most diverse and hardest working female singer-songwriters the Pacific Northwest has to offer.

Blending elements of folk, indie pop music, Americana and electronic music, her songwriting is often compared to artists like Imogen Heap, Regina Spektor and Jem. As a singer-songwriter, her solo career began with a coveted spot in the Lilith Fair. From there, she went on to receive extensive NW radio play, tour internationally, and earn music placements in numerous films and primetime TV shows, including Felicity, the Vampire Diaries Soundtrack and many more. She has played with some of the nation’s top touring acts- from Aimee Mann to Hall & Oates, Heart, and Train- and enjoyed ongoing success with popular NW all-female groups Dirty Martini and Swan Sovereign. She has stepped on stage in the musical The Full Monty, appeared in major television commercials and films, and even produced the soundtrack for 3 popular children’s DVD’s (Oy Baby and That Baby) selling more than 75,000 combined units.

Above all her accolades as an artist, Schneiderman has a keen passion for activism. She organized Portland’s first humanitarian concert series, Voices for Silent Disasters, which raised $70,000 for Mercy Corps in northern Uganda, and is currently penning a musical that raises awareness about human trafficking.

In the fall of 2021, Schneiderman will release her ninth solo album, Crossfire. The new recording combines her past sonic explorations—folk music, ambient pop, trip hop, and Americana music—into a beautifully dark and deeply introspective recording that is as fresh as it is compelling. Funded by pre-purchases and house concerts, Crossfire is a self-released labor of love that celebrates her community and newfound artistic freedom as producer, and will be enjoyed by anyone looking to sit down with a timeless and great record. Crossfire will be available on Soundcloud, Apple Music and Spotify.

Formed by members of Dirty Martini, Swan Sovereign is a Portland, Oregon trio with punchy, defiant pop songs and harmonies so buttery that you’ll forget to be offended by the bossy lyrics. Stephanie Schneiderman (drums) Lara Michell (guitar) and Christine McKinley (bass) are a tight, spare unit with compact songs that burst from dead quiet into tantrums and back down.

Before taking over the rhythm section and forming the power trio that became Swan Sovereign, the three were in Dirty Martini. The music of Dirty Martini was gloomy, introspective and rain-soaked, like April in Portland. Swan Sovereign is more like a dance party on a sunny day in Antarctica – bright and blinding, with snowballs flying and a bit of blood on the ice from playing too rough. 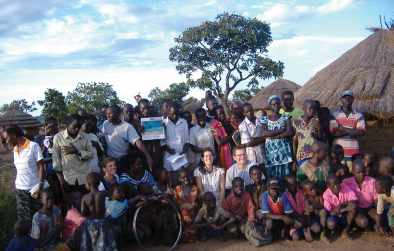 In 2008, Stephanie organized and produced Portland’s first humanitarian concert series, Voices For Silent Disasters. Hundreds of local voices came together to raise money and awareness for Mercy Corps’ efforts in the war-torn region of northern Uganda. Following a trip to Uganda to meet with the incredible and resilient communities the money was being raised for - Stephanie kicked off and led 10 concerts featuring nearly 40 of Portland’s top musical acts raising over $70,000! 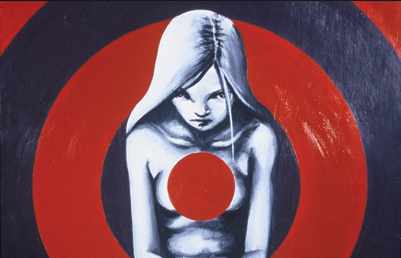 Over the last couple of years, Stephanie has been writing and developing a musical about human trafficking based on her extensive research interviewing 15 survivors throughout the NW. It’s a love story... until it’s not, and explores the intersection between the vulnerabilities of youth and the world of ‘demand’. She is collaborating with veteran composer/lyricist Amy Englehardt (Bastard Jones) and award winning writer/producer Sandra Daley. More info to come. (Artwork by Elena Schreiner) 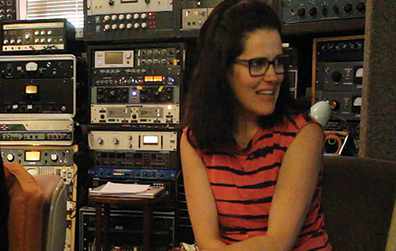 Stephanie created the soundtracks for popular children DVD’s Oy Baby and That Baby, selling over 70,000 copies throughout the world. Joined by her sisters, Kimberly and Lisa Schneiderman on vocals, the recordings mark her very first time stepping into the role as producer. She also produced her sister Kimberly Schneiderman’s award winning debut album Walk Around The Block.